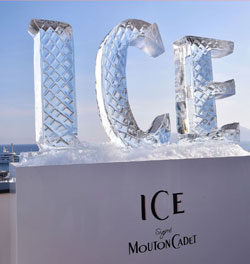 In a setting inspired by Hollywood party-going, to the sounds of Inès Mélia, opinion-shapers and privileged guests were invited to discover another facet of the brand with ICE Rosé signé Mouton Cadet, a very fresh wine whose taste is revealed at low temperature, with its own unexpected serving ritual.

From the finest vantage point of the Cannes Film Festival, in a new-look Mouton Cadet Wine Bar, Baron Philippe de Rothschild presented a new addition to its range, breaking with traditional wine codes. 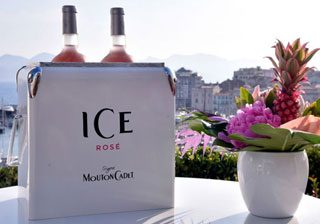 A one-of-a-kind, very fresh wine (to be served at around 5° C)
A unique blend created to reveal its taste at cold temperatures
A new way of drinking (chilled, on ice)
A gradual transition from fresh red fruit notes to smooth flavours

Baron Philippe de Rothschild once again shows the pioneering spirit that has been a constant feature of its history. The producer of the world-famous MOUTON CADET brand, has continued to innovate by extending its concept to ICE Rosé signé Mouton Cadet. 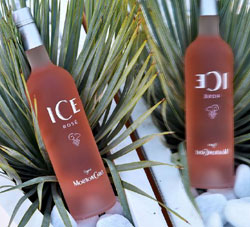