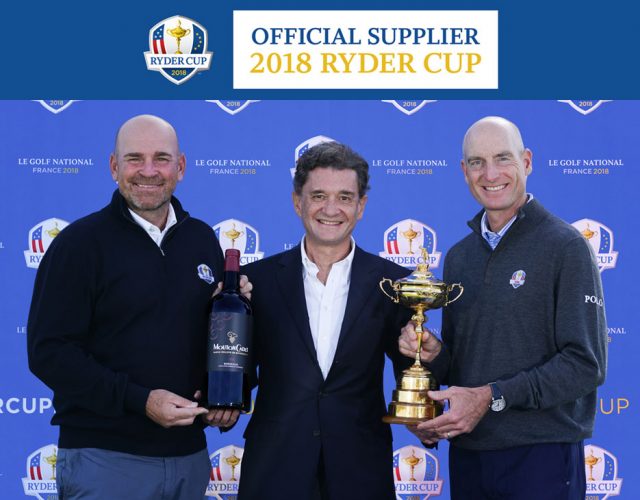 THE RYDER CUP
Where legends are forged

Speaking of the partnership with The Ryder Cup, grandson of the Baron, Philippe Sereys de Rothschild, who joined the two captains at the 2018 One Year to Go Celebrations, said “I am delighted that Mouton Cadet will be served as Official Wine at The 2018 Ryder Cup […] It is therefore a great pleasure for me to announce that a Special Cuvée dedicated to The 2018 Ryder Cup will be launched in March next year. The pursuit of excellence on the golf course fits perfectly with our values as winemakers, and the camaraderie, sportsmanship and entertainment during every competition is the perfect setting for our wines.”

The 2018 Ryder Cup is the 42nd in its history, and has been played on the Albatros Course of Le Golf National, Paris from 28th to 30th September 2018, with the United States team captained by Jim Furyk looking to retain the trophy they won at Hazeltine, while Europe captained by Thomas Bjørn defended an unbeaten home record which stretches back to 1997.

It is the third Ryder Cup with which Mouton Cadet has associated itself, following the internationally recognised wine brand’s presence at the competitions in 2014 (Gleneagles, Scotland) and in 2016 (Hazeltine, Minnesota).